On the morning of March 5,2018，,Major General Yu Tianming, commander of Anhui Military Region, visited Tiankang for guidance. Vice Secretary of Tianchang Municipal Committee, Acting Mayor Zhu Dagang, Group Chairman Zhao Kuan, Executive Chairman Zhao Jianbing and General Manager Mao Wen were accompanied by inspections.
Commander Yu Tianming and his delegation first went deep into the special vehicle equipment production line and listened to the introduction of comrades in charge of the production line about the application of Tiankang lithium battery in special vehicles and various electric vehicles. Commander Yu was very happy to learn that Tiankang Lithium Battery and Special Vehicle Project has the characteristics of high technology content, safety, environmental protection, long service life and wide scope. He asked Tiankang Group to further develop the glorious tradition of scientific and technological innovation in the new energy industry, strictly control quality, and win by quality, especially lithium battery products, to develop in the direction of high, precision and cutting-edge as soon as possible. This product is applied to the military industry. Commander Yu Tianming and his delegation also inspected the armed ministry, security office and monitoring room of Tiankang Group.
During the inspection, Zhao Kuan, chairman of the group, briefly introduced the development of the group company and some experiences and practices in the armed work of the group company in the light of the actual situation of the enterprise in recent years, as well as the achievements made.
After listening carefully to the introduction, Commander Yu Tianming fully affirmed the work of the Armed Forces Department of Tiankang Group Company, and highly praised the strong support and assistance of the main leaders of the Party and government of the Group Company to the armed work over the years. Commander Yu Tianming said that Tiankang Group has always attached great importance to the training of staff quality and skills, guided by advanced corporate culture, relying on standardized management and operation, and achieved the brilliance of national industry. He hoped that Tiankang Group would actively create better and more sophisticated high-tech products in its future development and contribute more to the country and society. 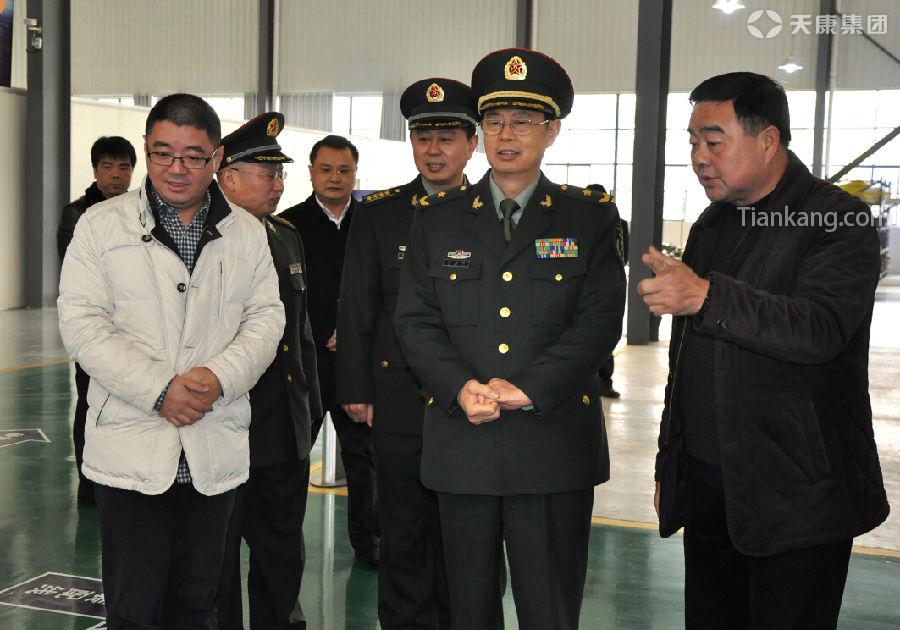 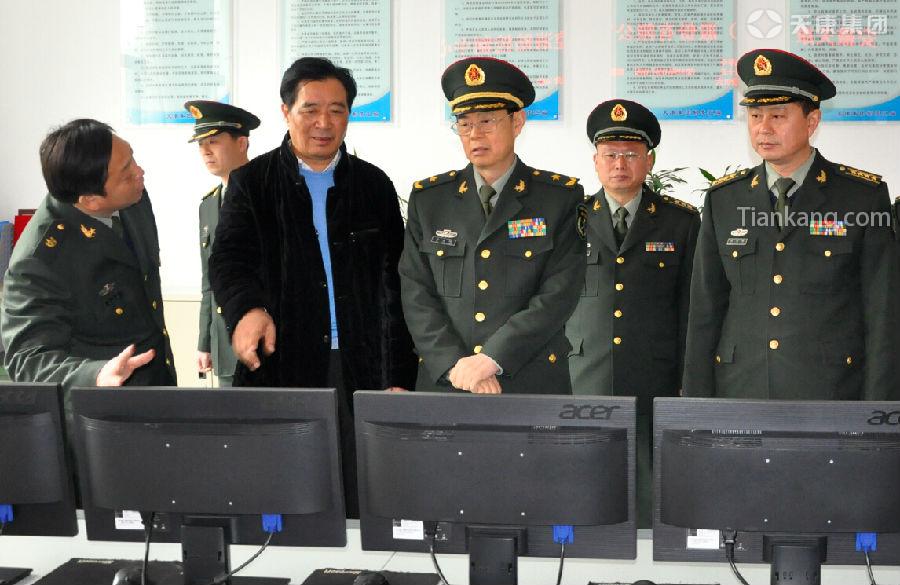